Jonathan Dickinson State Park offers an ideal exploration of natural Florida, providing a vast ecosystem filled with wildlife in 13 natural communities. Sand pine scrub, pine flatwoods, mangroves, and cypress swamps cover the entirety of the park, nearly 20 percent of which is comprised of coastal sand pine scrub, an environmental community so rare that it’s been designated as “globally imperiled.” The Loxahatchee River — Seminole for “River of Turtles” — was federally designated as Florida’s first “Wild and Scenic River” in 1985, and runs through Jonathan Dickinson, originating in Riverbend Park to the south. 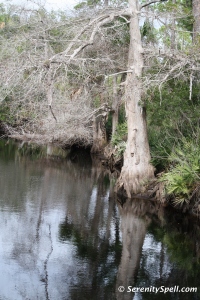 A portion of the Florida Trail winds throughout the park, but be sure to double-check its start points — they’ve recently altered one of them. It includes two interconnecting hiking loops — the East Loop and the Kitching Creek Loop (see trail guides within the links, below). Each are provided with their own primitive campsites — something we’d like to do while the weather holds. The loops are linked via a short connector trail through pine flatwoods, and are popular with hikers and backpackers due to the fact that they’re the furthest campsites from the park’s entrance. The total hiking distance for both loops is 17 miles. While we haven’t yet done both simultaneously, we’ve done them separately — and we’re in the process of investigating the portion of the Florida Trail leading to Riverbend Park.

It was a perfect day for such an exploration — overcast. Four hours of hiking Jo 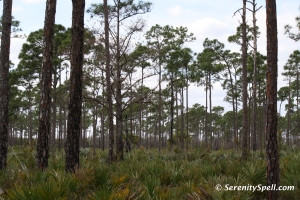 nathan Dickinson’s terrain, and one is thankful for cloudy skies (or at least my Irish skin always is). After passing stately rows of centuries-old cypress and live oak along the Loxahatchee River (into which the Kitching Creek flows), we headed into the lovely cypress swamps — always my favorite — before breaking out once again into the open pine flatwoods. We only saw one other backpacker on his way to the primitive campsite, in the late afternoon — outside of the family of feral pigs (wild hogs) and myriad birds (we tried looking for the maniacal owl), that is. We’ll definitely be returning to complete the hike, and soon. 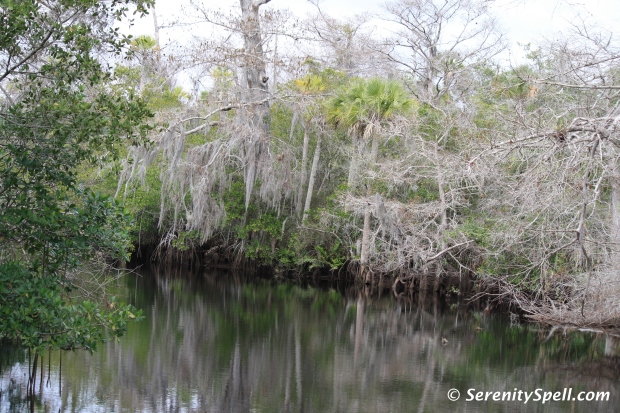 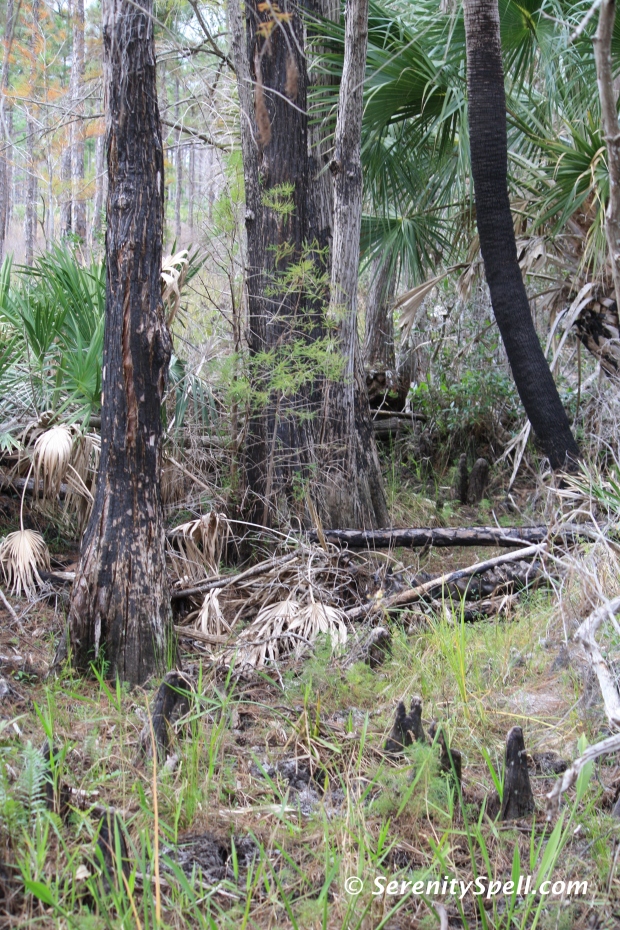 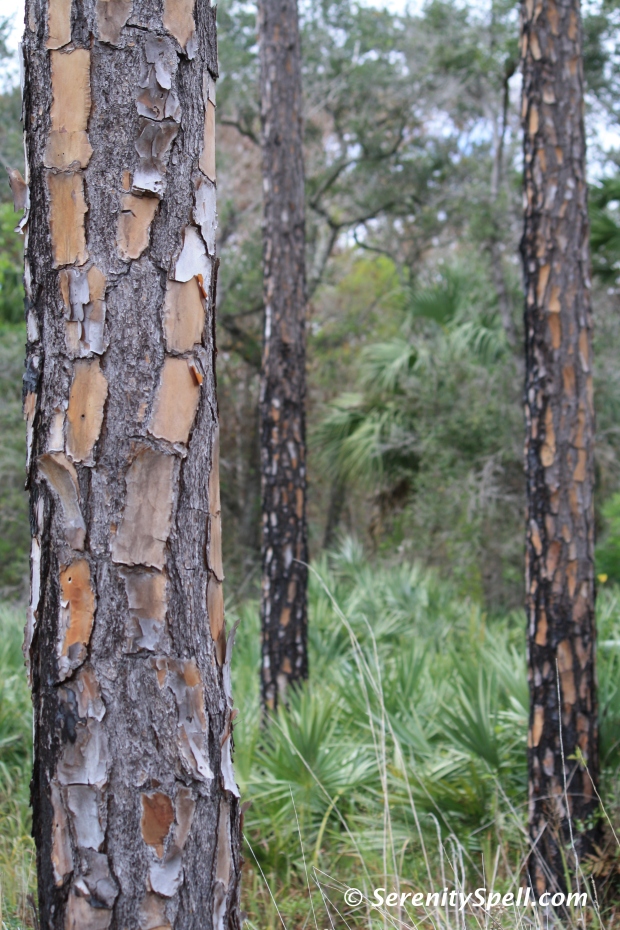 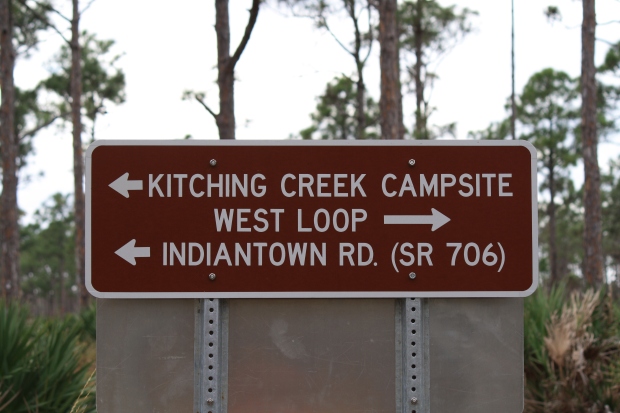