A pine cut down, a dead pine, is no more a pine than a dead human carcass is a man. Every creature is better alive than dead, men and moose and pine-trees, and he who understand it aright will rather preserve its life than destroy it. -Henry David Thoreau

Animals don’t make me cry. What humans do to animals does. -AD Williams

In just a few days, on April 15, the Florida Fish and Wildlife Commission (FWC) holds a hearing to consider a proposal allowing the trophy hunting of Florida black bears — a species that is unique to Florida and has been protected for two decades. Under the proposal, trophy hunters could kill up to 275 bears each year. The FWC claims that due to a recent increase in bear attacks, they have no other choice but to kill the bears for public safety. Recent incidents involving human-bear conflict were in areas where the bears were drawn to unsecured garbage, and humans illegally feeding bears. Many admit that hunting would not reduce the number of bear incidents in suburban neighborhoods. Allowing hunters to destroy these animals not only fails to resolve human-bear conflicts (for which the agency already has management systems in place), but will place an entire species at risk. Rather than trophy hunt this delicate species, the FWC should proactively work on helping and educating the public to avoid such conflicts with this typically shy and gentle animal.

Florida bear hunting ended relatively recently, when the population fell to barely 500 bears — they were on the brink of extinction. It was the FWC that petitioned the federal government for help in protecting them. Bears were removed from the threatened species list in 2012, but the species is very fragile, and is still recovering amidst difficult (to put it mildly) scenarios. Florida’s bears live in small areas, fragmented by the state’s rampant overdevelopment, and face serious threats — including severe habitat loss, genetic isolation, and road mortality. 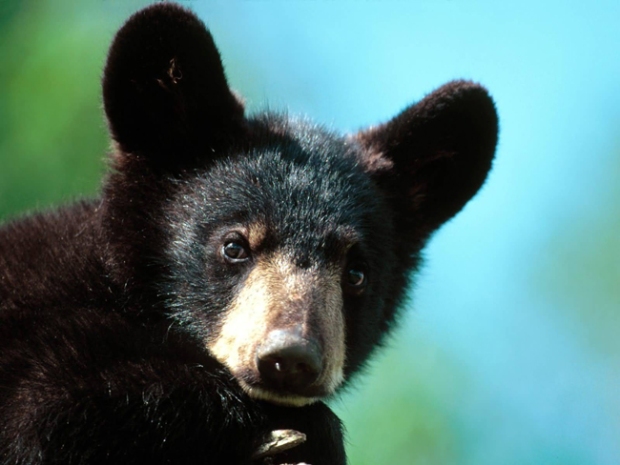 The Florida black bear (Ursus americanus floridanus) is a subspecies of the American black bear that ranges throughout most of Florida and southern portions of Alabama, Georgia, and Mississippi. They live mainly in forested areas and have seen radical habitat reduction throughout the state. Florida black bears are mainly solitary, except during mating season. Although they are solitary mammals, Florida black bears are not considered to be territorial, and typically do not defend their range from other bears. Read more about the species here.

To get an idea of what these wonderful creatures — as well as so many others — suffer due to habitat loss in Florida: Nearly 20 acres (81,000 m2) of wildlife habitat are lost to new development every hour in Florida. And this report dates to 2010! These same bears are further at high risk for being injured or killed by motorists. Since 1994, 89.5% of bear deaths have been attributed to such crashes.  (Defenders of Wildlife) 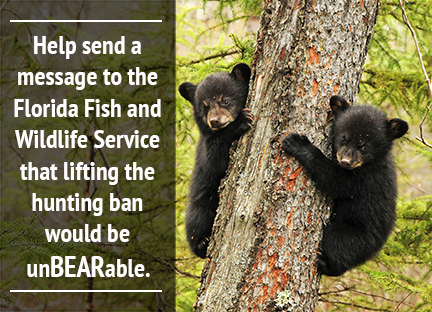 Florida is in desperate need of attention to, and ceasing its cruel ignorance towards, the state’s natural flora and fauna. The fact that these gentle and shy animals, just recently on the brink of extinction, are even under consideration to be slaughtered as part of trophy hunts is beyond appalling. As an avid hiker throughout the state, I’ve yet to encounter one of these beauties. I’ve heard them, known they were behind me smelling the peanut butter-and-jelly sandwich in my backpack, but I’ve yet to witness one. I HAVE, however, encountered many a hunter, hunting illegally. (They often think I’m a ranger.)

I truly hope that wisdom and foresight (with a touch of kindness) will rule the state, soon — for the animals’ sake as well as for ours.

Speak up for those with no voice, our magnificent Florida Black Bears — PETITIONS to sign BEFORE April 15!