For more posts on Butterfly World, visit Rainbows in an Endangered Finch, Flying Jewels, A Tiny and Striking Owl Finch, Yellow on Red: Wild Canaries, Passionate for Passiflora, and more.

I’m a nut for butterflies — I often find myself plowing through beastly banana spider webs, or managing the swamp, to chase butterflies on hikes. More than once I’ve nearly tripped over large, scaly, and silent objects at the water’s edge — quite unlike a butterfly — in my efforts to photograph these lovelies….

Butterfly World, located here in South Florida (in Tradewinds Park, Coconut Creek), opened in 1988. It’s the largest butterfly park in the world, and the first of its kind in the Western Hemisphere. At any given time, more than 3000 live butterflies are fluttering at the facility (and usually MORE), representing 50 different species (150 species over the course of an entire year). This is all thanks to Robert Boender, who raised butterflies and their food plants from his Florida home, post-retirement. In 1984, he was supplying farmed butterflies to zoos and universities with his own company. He met Clive Farrell — founder and owner of the London Butterfly House — in 1985, during a visit to England. Wanting to create a similar facility in Florida, Boender and Ferrell joined forces and began plans to create a combination public attraction / research facility and butterfly farm — and Butterfly World was born.

Visitors enter the spectacular Paradise Adventure Aviary, with fountains, ponds, lush vegetation, and of course thousands of butterflies — representing five continents. It’s a glorious shock to the human system, to be suddenly surrounded by thousands of fluttering brilliant colors. The Hanging Garden & Butterfly Emerging Area is next, where cases filled with pupa and emerging butterflies are displayed. Finally, the Tropical Rain Forest Aviary recreates a rain forest — complete with waterfall, thousands of tropical plants, and free-flying birds and butterflies.

Butterfly World also includes the largest free-flight hummingbird aviary in the United States — the Jewels of the Sky Aviary — as well as a Lorikeet Encounter, and an aviculture research center. At the butterfly laboratory, visitors can view — through a glass enclosure — where butterflies are raised, observing the different stages of formation including eggs, caterpillar, and pupa.

At the Museum/Insectarium, exhibits of mounted specimens of beetles, butterflies, moths, and other insects are displayed. The Bug Zoo features live insects, including spiders, walking sticks, and mantids. Not particularly my favorite part of the facility, having been raised on the Equator, on a tropical island where insects grew to gargantuan proportions — and there was little barrier between you and them.

Other features include Grace Gardens, offering examples of the world’s flowering tropical plants. The Wings of the World Secret Garden presents one of the largest collections of flowering Passion Flower vines (passiflora) in the world — beautiful beyond compare. Butterfly World’s conservation efforts include the establishment of The Passiflora Society International, which was established at the site to encourage research on passion flowers, the source of food for many butterflies. A North American “Bring Back the Butterflies” campaign is also active here, with thousands of people across the country receiving free literature on butterfly gardening for their region. Check it out! Butterfly World also helped establish the Boender Endangered Species Laboratory at the University of Florida — instrumental in saving the endangered Schaus Swallowtail, and reintroducing the species to South Florida.

Many pesticides kill butterflies (and bees, and…), so it’s important to be safe with their use — or, not at all, and use ladybugs in their stead! Sadly, butterflies came up in the news recently with companies like genetically-modified foods giant Monsanto. Monsanto’s Roundup Ready Crops have been tied to the decrease in Monarch populations by killing the very plants that the butterflies rely on for habitat and food — milkweed. These plants are being destroyed by the heavy use of glyphosate-based pesticides on Roundup Ready crops. Over the past 17 years, the Monarch butterfly population in Central Mexico has declined, reaching an all-time low in 2009-2010. Obviously there’s a far bigger picture here, which many are aware — land destruction, farmers’ livelihoods, and our own health — but when the news was released that these companies and their crops were now ravaging the butterfly populations (for years, now)…. Honestly.

But thanks to the education and conservation campaigns of facilities like Butterfly World, perhaps there may be some sort of balance reached between the destruction caused by these companies, and a return to the natural order. 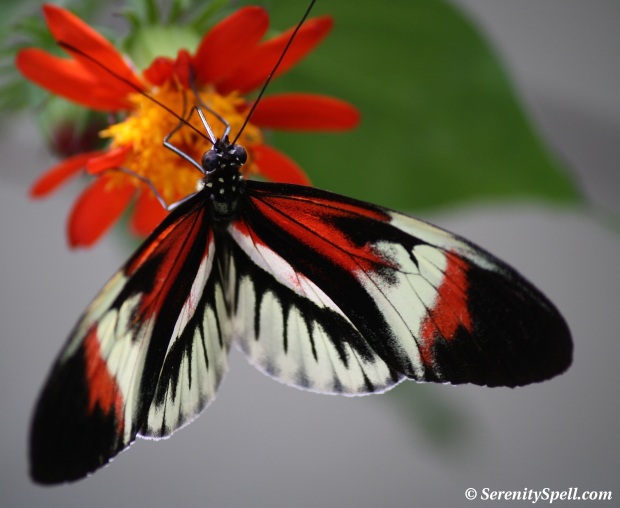 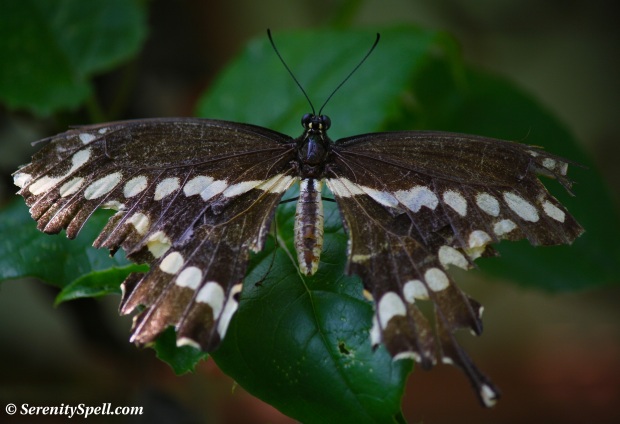 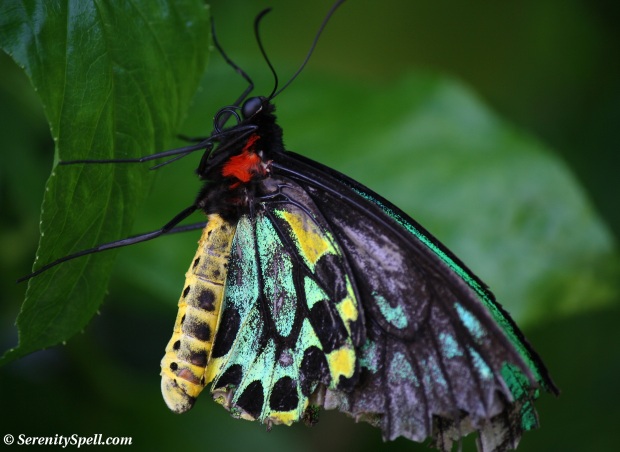 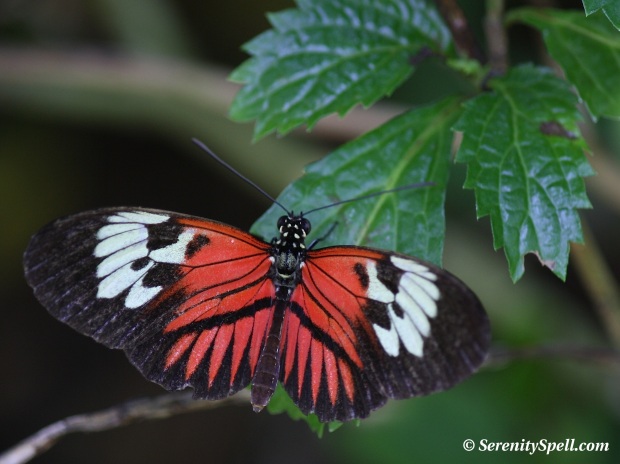 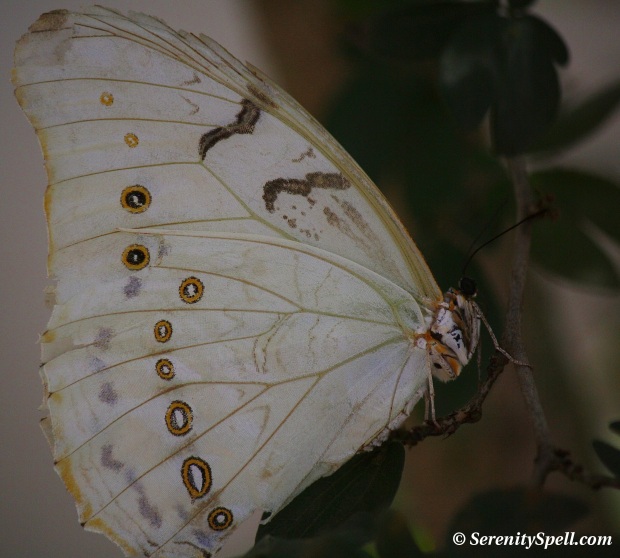 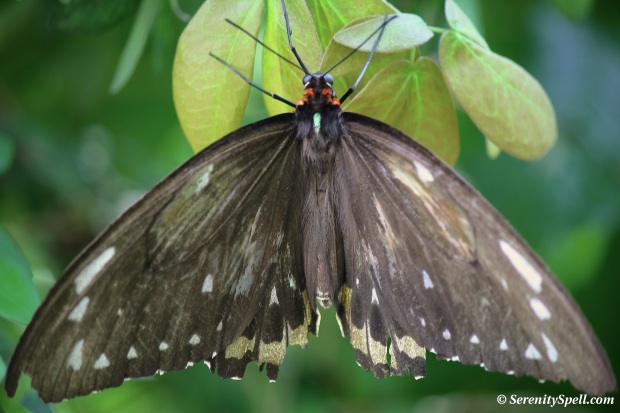 Still trying to figure this one out…

…And on to the birds!