A Tricolored (or Louisiana) Heron in breeding plumage shakes it all off, with the start of a new week, in undisguised fabulousness in our protected wetlands. While I say “Monday Morning Hair,” this is definitely a daily occurrence for me. 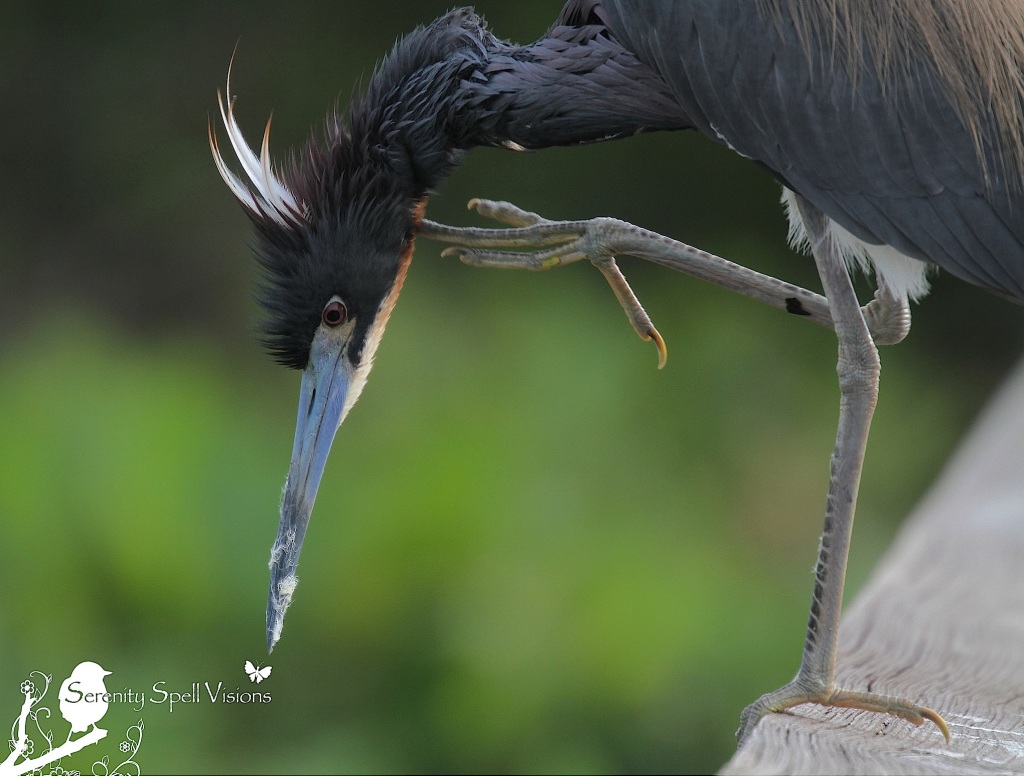 The invariable mark of wisdom is to see the miraculous in the common. —Ralph Waldo Emerson

An always lovely and vibrant Tricolored Heron (Louisiana Heron) peeks out from amid the vegetation of our protected wetlands. Here’s to a new year of saving and protecting more space for these sweet and beautiful creatures! 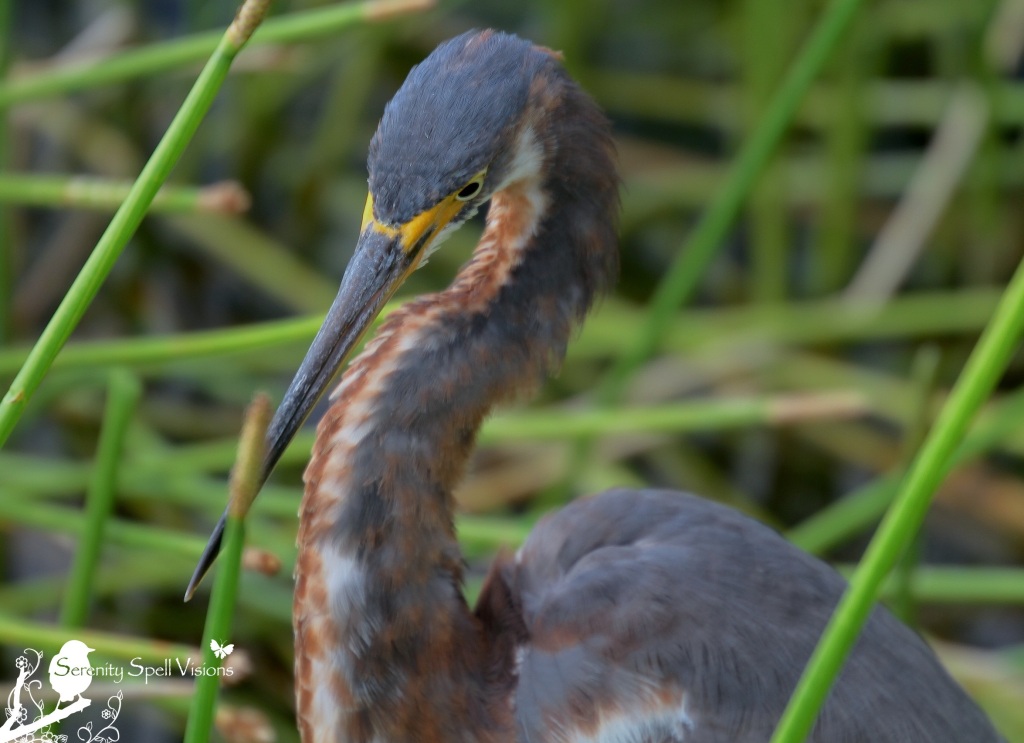 Any glimpse into the life of an animal quickens our own and makes it so much the larger and better in every way. —John Muir

I adore the Tricolored (or Louisiana) Herons: They’re colorful and spirited characters of our wetlands and swamps. This fellow landed beside me on a recent walk, and proceeded to hack up a recent meal — something had obviously gotten stuck in that long, elegant throat of his. All was well eventually, but not after a 20-minute show.

{As always, please click on the image for expansion!}

Tricolored (Louisiana) Heron, Florida Wetlands: I am so lovely and elegant, yes?

Excusey, I seem to have something in my throat….

The next time you look into an animal’s eyes look deep and long. You will see their inner beauty and feel their living soul. —A.D. Williams

The Tricolored Juveniles and the Tricolored Adults of our Florida wetlands have been highlighted; and now…. A most lovely Egretta tricolor displays his brilliant breeding colors. During courtship, these already beautifully colored herons become even more vibrant: the eyes turn a striking scarlet, and the otherwise long, pointed yellow bill turns blue. Breeding plumage involves filamentous plumes on the head and neck, and buff plumes on the back.

The juxtaposition of the deep scarlet eye against slate blue feathers is perfect; Nature needs no retouching.

As recently mentioned — in Tricolored Herons: The Young Ones — there are a few physical differences between the juveniles and adults of the species Egretta tricolor.

Beautiful blue feathers cover most of this heron’s body, save a white-striped chest and belly, and a rust-colored neck. The juveniles eventually lose much of the rust coloring, with only a bit of the hue peeping through the slate blue feathers as they age. The eyes of the juveniles are a yellowish-white, turning brown with pink inner margins into adulthood. Males and females of the species look alike.

Below, an adult female carefully watches over her nest, recently built with her mate and filled with a precious cargo. Another fishes in the brown-tinted waters of the wetlands (hued as such by the mangroves and other tree roots) — most likely a parent, as both Tricolored Heron males and females hunt for their young.

We’re fortunate to have secure and protective habitats for these most lovely creatures; without continued preservation efforts however, many amazing and unique ecosystems — the Everglades, Longleaf Pine, Scrub, Mangrove, and more — will remain in decline. As they disappear, so do the plant species and wildlife that depend upon them for survival. According to the study Endangered Ecosystems: A Status Report on America’s Vanishing Habitat and Wildlife, Florida contains ecosystems at the most risk. There are no other Everglades; it behooves us to not only protect what’s left, but to return what we’ve so rudely taken.