For more information and blog posts on the gopher tortoises and the restoration and protection of their lands, visit the Categories section below, in such articles as Protecting Florida’s Gentle Gopher Tortoises & Restoring Their Habitat. 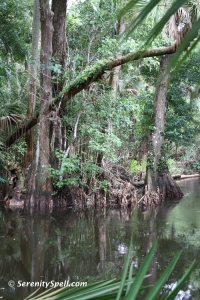 Hiking Jonathan Dickinson State Park in the Riverbend area has provided us with some amazing scenery and images, of late. This extension of the Florida Trail is accessible through the park (under Indiantown Rd.), or attainable across the street, near the Loxahatchee River (we jump the fence across the street for quicker access to the trail). The Ocean-to-Lake portion of the Florida Trailalso runs behind the park, to the south. It’s a fantastic trail, with a gorgeous watering hole, canopy trees, old growth, prairie, and miles of hiking, that leads to Jonathan Dickinson. Natural Florida at its BEST. It’s rarely traveled — we’ve never encountered another hiker/kayaker past the watering hole.

During our most recent trip, we saved a gopher tortoise. One of the oldest living species, the burrowing tortoise is found throughout Florida and southern Georgia, South Carolina, Mississippi, Alabama, and eastern Louisiana. These tortoises dig and live in long burrows in longleaf pine savannas, thus protected from summer heat, winter cold, fire, and predators. Gopher tortoises are essential to the local ecology — their burrows also provide homes for other animals, including indigo snakes, gopher frogs, mice, foxes, skunks, opossums, rabbits, quail, armadillos, burrowing owls, snakes, lizards, frogs, toads, and other invertebrates. Their burrows — abandoned or shared — may be the homes to more than 300 species of animals at one time or another. Pretty amazing; and it’s easy to see how destroying the habitat of the gopher tortoise alters the already fragile ecosystem. Federally protected as a threatened species (FINALLY in Florida, where the status was “under review” for years), the tortoise’s main threat remains: Habitat loss and destruction. For instance, it wasn’t until 2007, in Florida, that developers were forced *by law* to relocate burrowing tortoises — until then, development could shockingly occur with no thought to the safety of the animals and the destruction of their habitat. 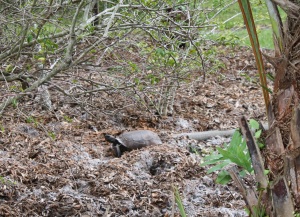 This poor guy was trapped behind acres of personal enclosure, and had been unsuccessfully attempting to burrow in the mulch — there were dozens of failed holes. We stayed awhile, seeing if he could escape on his own (or if he was choosing that location), but then saw how the fence was buried, impeding his escape. Between the buried fencing, his constant dodging, and the myriad failed burrows, we quickly relocated him to a perfect burrow-able location nearby — literally 10 feet away his natural habitat awaited him, for pete’s sake. Rule of thumb with turtles and tortoises, help them safely in the direction they’re trying to head. It would have been nice for the actual property owners to have done so, of course; it wasn’t difficult to see the poor guy’s quandary.

We’ve also seen great horned owls, red-shouldered hawks, and alligator, to date, on this section of the Florida Trail — as well as a territorial pit bull during a brief stint of occupied home/farm ownership. Note to owners, or park management: Fix the freakin’ fence to prevent his escape. I’m sure the very nice farmer down the path would be equally grateful to have his chickens lay more eggs. 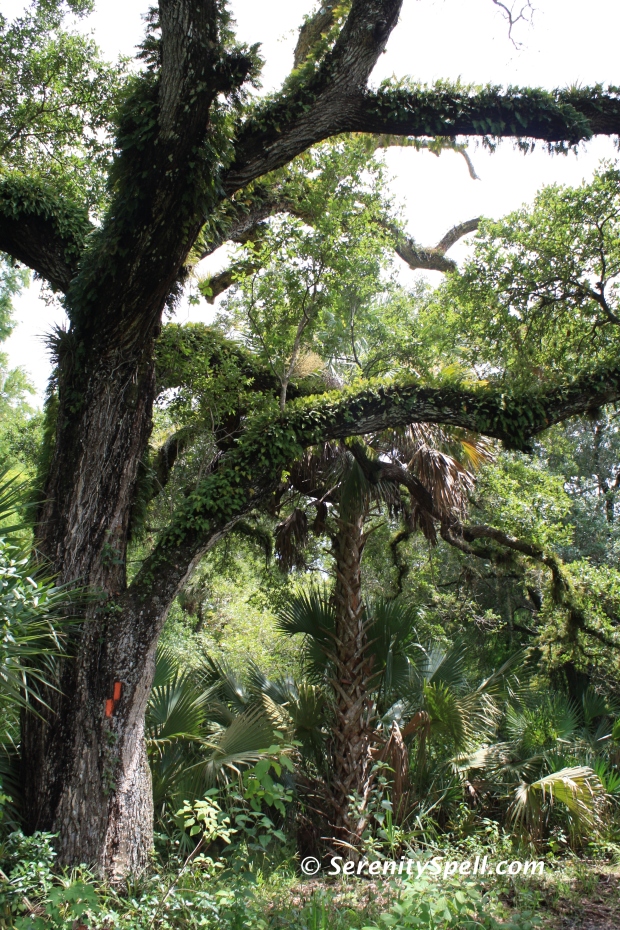 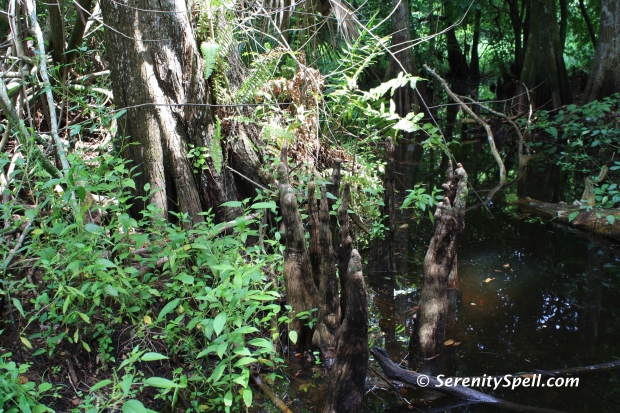 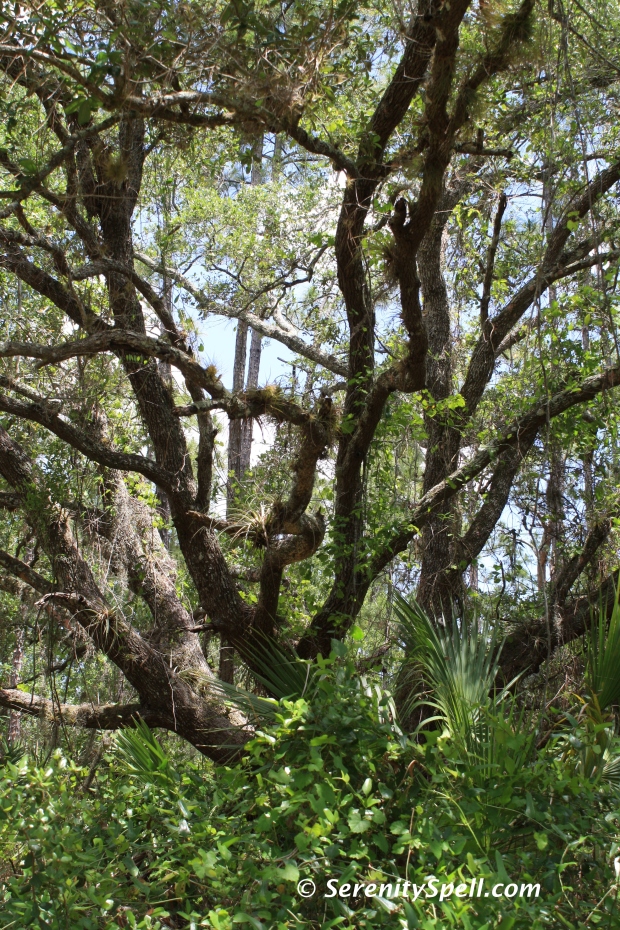 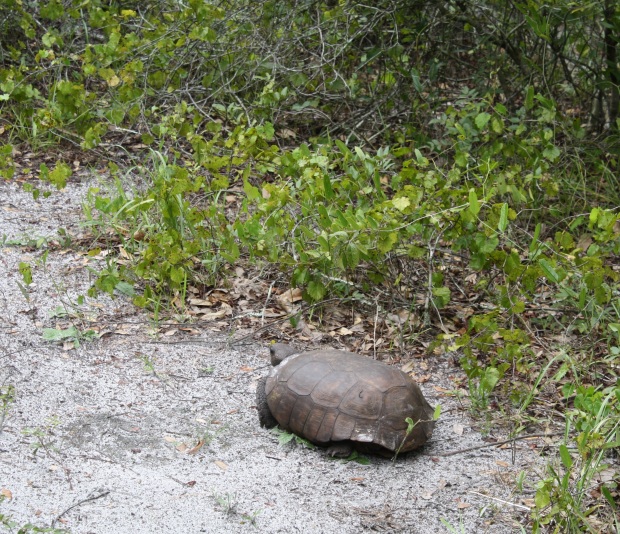 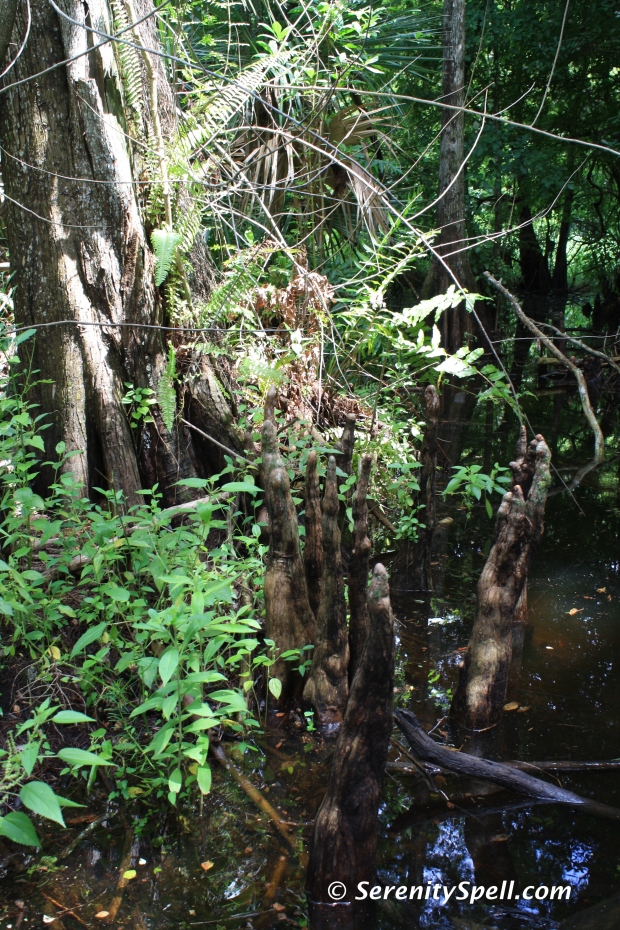 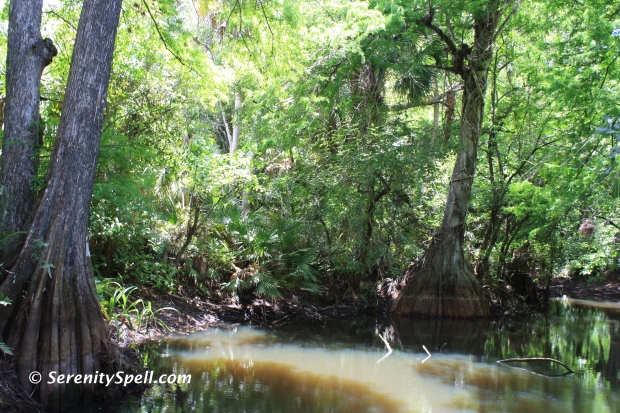