Gentlemen of the Wetlands

Wood storks (Mycteria americana) — or American Wood ibis — are large wading birds native to North America, found from the coast of South Carolina, throughout Florida, and west to Texas. These guys are unmistakable — standing at three-and-a-half feet tall, with a wing span of at least five feet, they’re a stately presence in our wetlands. They have heavy, long curved beaks and a nearly featherless head, and are covered in white feathers, with black feathers on the wings and tail. They can be awkward in flight, but graceful on land, daintily and slowly placing one leg in front of the next as they make their way through the shallow wetlands. 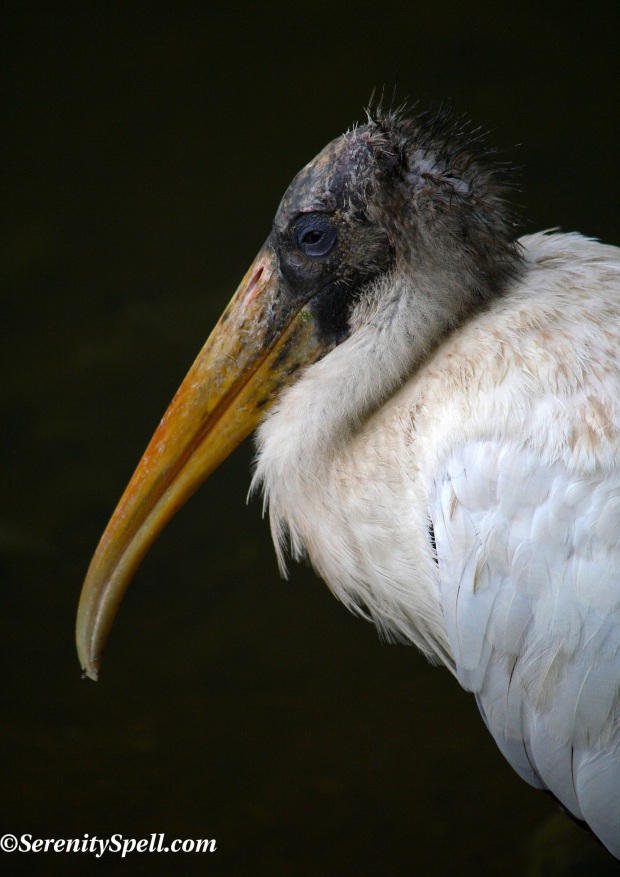 Wood stork of the Florida wetlands: A gentleman

As one might imagine given their size, Wood storks are plentiful eaters, especially during the breeding season. They use their feet to stir the bottom of the shallow waters to collect their food, including fish, crayfish, lizards, tadpoles, shrimp, frogs, insects, and baby alligator. Feeding in waters no deeper than their beak, they use a technique known as “grope feeding” — because Wood storks don’t use their vision, but rather touch, to collect food. 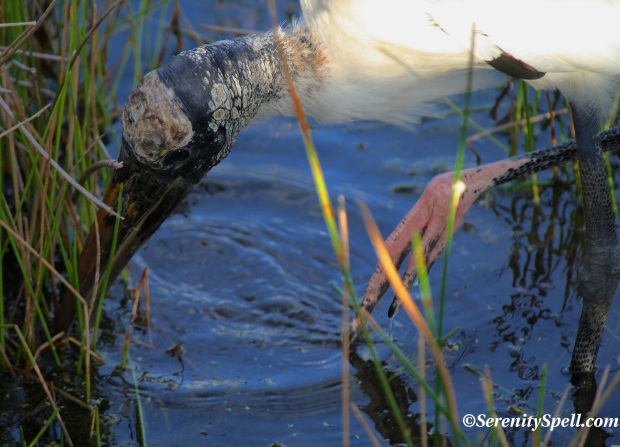 Sadly, this gentleman wader is endangered: In the 1930s there were an estimated 60,000 Wood storks in the United States, but only 10,000 live today, mostly due to habitat loss and/or disruption of their environments. Like so many other species, the disappearance of the Wood stork would signal the loss of a crucial component of our wetlands. 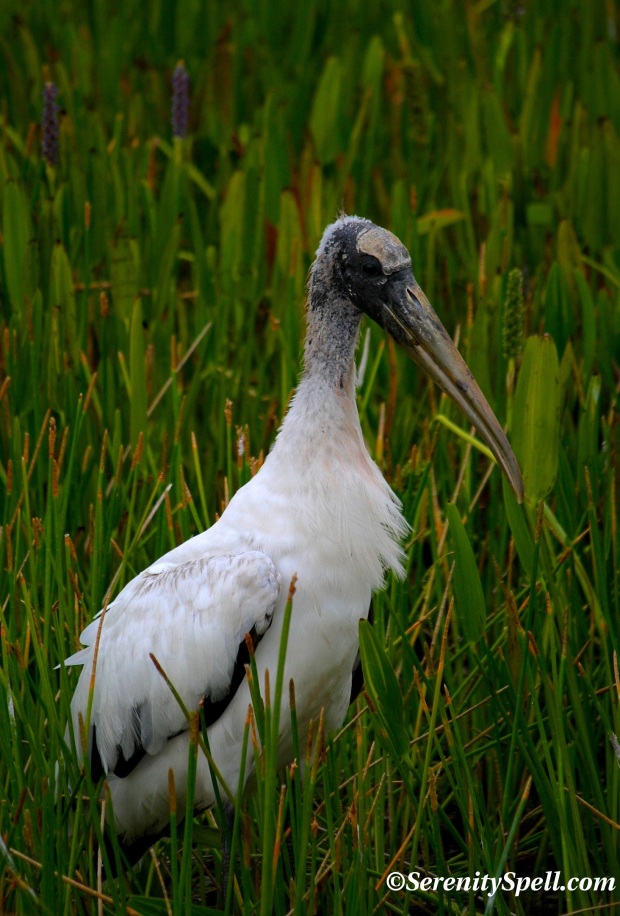