The natural Atlantic Ridge ecosystem is comprised of 16,000 acres in its entirety. Outside of the already-acquired 5,800 acres, some more areas are on the county’s list for lands to be acquired for purchase of conservation lands and parks — so keep your fingers crossed, because this is some truly beautiful pristine land. The Hobe Sound Irrevocable Trust is proposing to give away approximately 2,300 more acres, enabling the county to provide additional public access to this park, and to preserve the environmentally sensitive land in perpetuity as part of the State park system. The donated lands will create a wildlife, greenway, and recreational corridor running north from Halpatiokee Regional Park (also in Stuart) through the Atlantic Ridge State Park, and south to Jonathan Dickinson State Park. 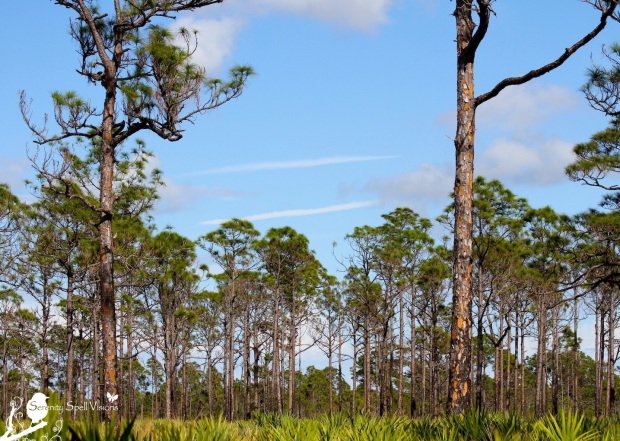 There’s always an exchange: here, it’s houses. In exchange for the conservation lands, the remaining 400 acres will become a new community, the Atlantic Preserve. This new Planned Unit Development (PUD) will contain 650 homes.

But for the 2,300 acres of donated lands that will be protected in perpetuity, this area will serve as the missing link that will connect the Atlantic Ridge State Park ecosystem. This area includes the headwaters of the South Fork of the St. Lucie River and the Loxahatchee River — the first nationally designated “Wild and Scenic River.” The donation and preservation of this land is critical in the ongoing efforts to restore the historic waterflow of these ancient waterways.

Many animals make their homes in these protected and pristine acres, including anhingas, egrets, herons, owls, hawks, sandhill cranes, and osprey. Bobcat and coyote are also abundant, but as always, these guys were shy as ever. It was equally wonderful to see such healthy and abundant Native flora for the wildlife. 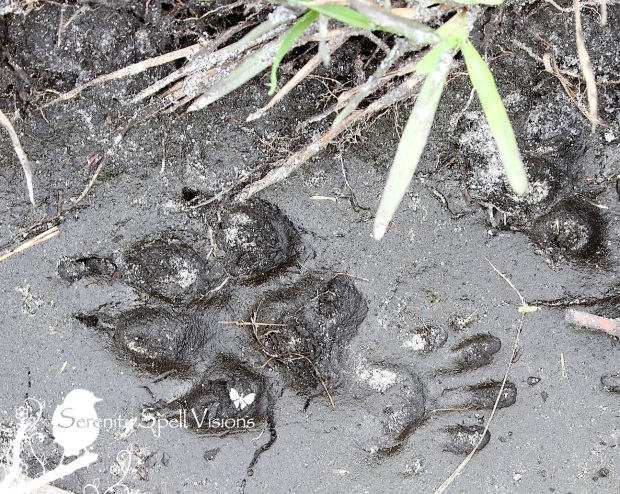 Lots of coyote prints, but no real critter… Drats!

Really have to take that Naturalist Class….

Click Here for a Map to the Atlantic Ridge Preserve State Park.

The only other people I saw here were on horseback — two of them! But be forewarned, having learned this from the ranger…. Apparently the Palm Beach Hunt Club likes to visit on the occasional Saturdays with their 20-something dogs and horses, spreading a scent and letting their collared dogs run free throughout the Preserve. Needless to say, I’ll never be visiting this location on any Saturday. I’m VERY confused by the County allowing this practice — that is, allowing a HUNT CLUB and their dogs roam free in sensitive, threatened habitat, with wildlife?? Am I missing something?

There’s one public access point, via Cove Road in South Stuart. Before entering, make note of the fee required at the honor station. ALSO: Call Jonathan Dickinson State Park at 772-546-2771 for the entry gate code. Sometimes the gate is closed upon entry, sometimes it’s open. Either way, you NEED THIS ENTRY CODE to leave via a locked gate!