Don’t Mess with the GBH

It’s nesting time now in our protected wetlands, and a really fun time — the biggest and smallest waders are settled into their annual nests (some of them, including the Great Blue Herons, return to the same nests each year). I’m running a bit behind on the nest-building activities, always a fascinating process to watch. But in the meantime, I couldn’t resist this episode that caught me unawares the other evening. I heard a GBH’s croaking cacophony (select the last option in this list — croaking calls, wing noise — for the best example) in one of the usually quiet rookeries. He or she was obviously not very happy. 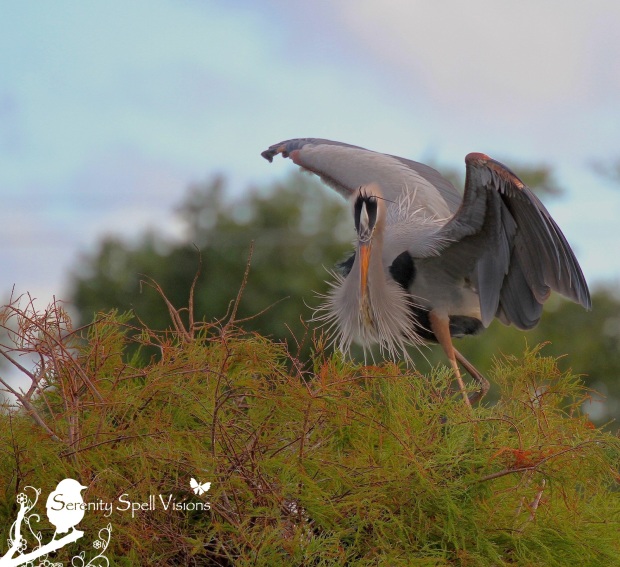 And the tantrum begins… Echoing through the wetlands

At the time, I couldn’t see the source of torment for the heron, who was probably chasing something away from a newly-created nest. The previous night, a group of GBHs was screaming in another rookery, because an alligator swam too close for comfort to their nests. I didn’t see the gator actually nab anything, but the collective croaking, screaming noise could be heard throughout the wetlands.

As it turns out, an anhinga had the gumption to impede on this heron’s space. 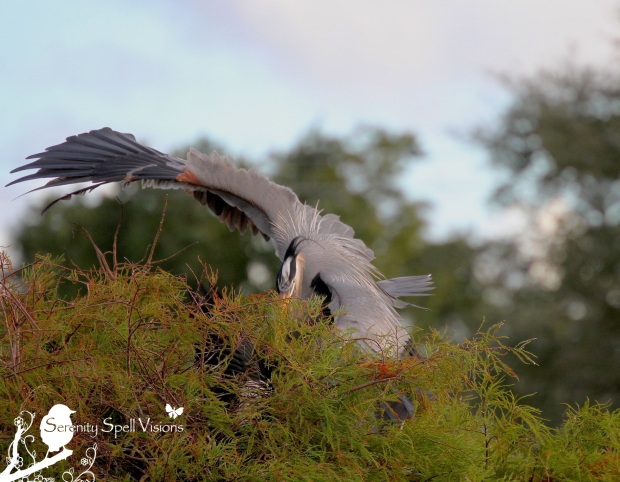 Flushing out the enemy anhinga

The look on the poor anhinga’s face as it’s being flushed out of the rookery is priceless…. Of course I was worried for the poor anhinga: Did he have a nest too, or was he just looking for a comfy spot for the night? Either way, I wish I wasn’t walking onto the scene so suddenly, and had some time to properly prepare for the shot, to include his appalled mug. 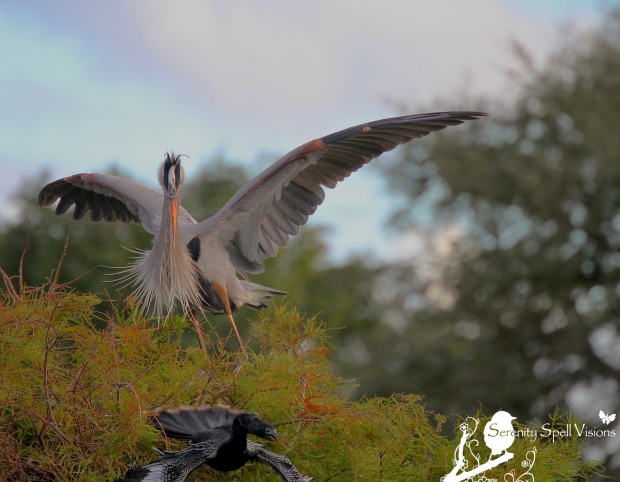 And for the Great Blue Heron? Unabashed triumph. 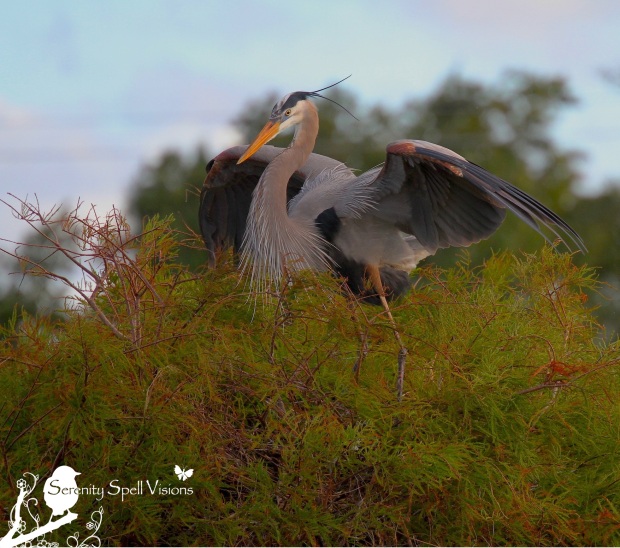