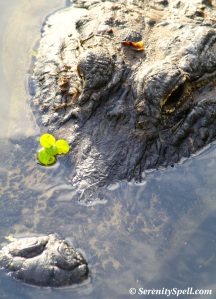 Alligator and Duckweed in the Green Cay Wetlands

Twenty million years as a resident of planet Earth, and counting…. Scientists believe that the American alligator resembles animals that inhabited our planet as long as 100-150 million years ago — and that they may be linked to creatures dating 50-65 million years ago, managing to avoid the extinction that killed off their prehistoric contemporaries, the dinosaurs. A member of the crocodilian family, there are two alligator species living in the world today: the American alligator (Alligator mississippiensis) and the Chinese alligator (Alligator sinensis).

Sadly, American alligator populations suffered tremendously throughout the 20th century, when they were hunted to near-extinction for their hides. Since the Endangered Species Act of 1973 however, these amazing creatures’ populations continue to grow, and illegal poaching is not the issue that it once was. Before this hunting was controlled, an estimated 10 million alligators were killed for their skins. Twenty million years on planet Earth, and we nearly managed to wipe them out for handbags.

Nesting and the Young 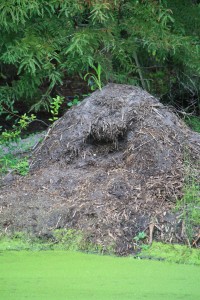 After an elaborate courtship female alligators construct their nests, which are comprised of vegetation, sticks, leaves, and mud and located in a sheltered spot in or near the water. She lays 20-50 eggs, and covers them under more vegetation, which heats as it decays, serving to incubate the eggs. The female will remain near the nest throughout the 65-day incubation period, protecting it. If a mother alligator is killed or removed, she can’t protect her nest or young — and the hatchlings are doomed. *Leave wildlife alone.*

Hatchlings are 6-8 inches long, and are near-replicas of their parents, save for a series of yellow and black stripes which camouflage beautifully with the surrounding marsh roots. For five months, they’ll remain with the mother before finding their own ways. We typically see 5-10 baby alligators survive in our local protected wetlands. Perhaps less. Common predators that prey upon the juvenile alligators include snapping turtles, snakes, raccoons, bobcats, raptors, and even larger alligators. But when we find them? Oh my; the adorableness level is ridiculously high.

During a recent trip, I was lucky to have witnessed a mating pair of alligators — while I believe the actual mating had already occurred (as evidenced by the babies on the nearby bank), their  affinity for each other was obvious…. Alligator Love: A Courtship offers opportune images of the event. 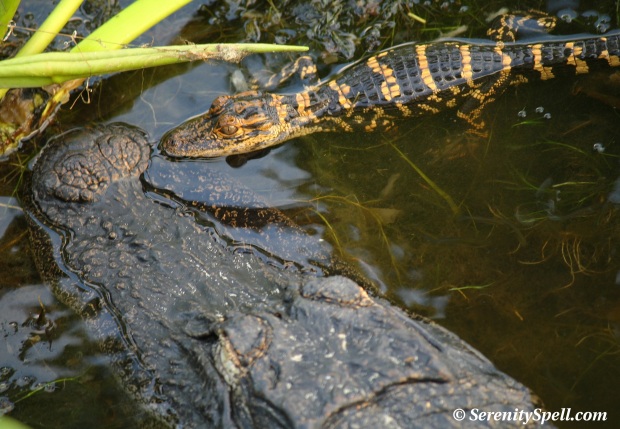 A few more over there... 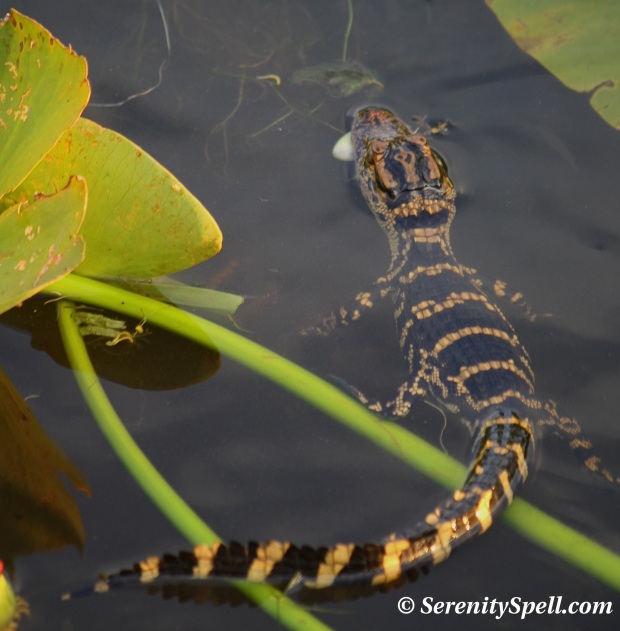